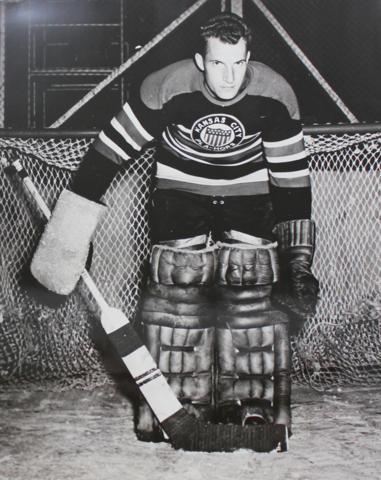 Rollins played in the minor leagues for a couple of years before he was signed by the Toronto Maple Leafs in 1950-51. Rumors had it that he was there to simply put pressure on Turk Broda to lose weight. This wasn't exactly true as the Leafs also needed to shore up their rapidly thinning goaltender depth chart. That season the Maple Leafs won the Stanley Cup.

Rollins could not convince the Leafs management that he could be their full-time goaltender. In 1951-52, he was traded to the Chicago Black Hawks for veteran Harry Lumley. For 5 years he played for the Black Hawks, a team that usually finished last in the NHL which majorly contributed to his 141-205-83 record. But despite that, Hockey pundits saw Rollins as one of the league's best goaltenders and in 1953-54 he played in the NHL All-Star Game and was awarded the Hart Trophy, even though he only won 12 games and lost 47 that season.