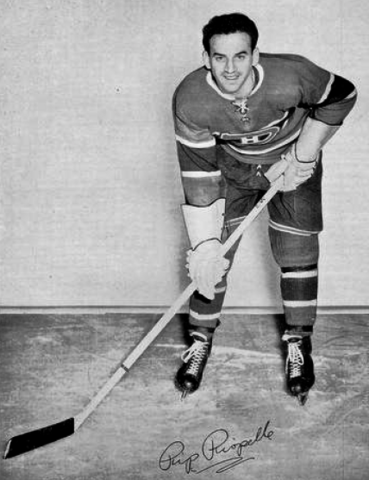 1st NHL game on October 16, 1947 playing for the Montreal Canadiens vs the New York Rangers at the Montreal Forum in a 2-1 Rangers win.

NOTE
There is a Hugh ‘Rip’ Riopelle that was inducted into the Ottawa Sport Hall of Fame in 1982.