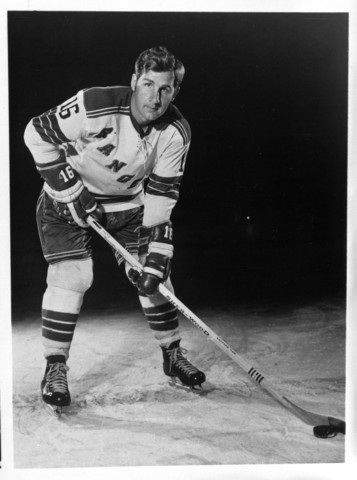 Seiling began his junior career with the St. Michael's Majors of the OHA in 1960. He played there for two seasons, his last being his most productive as he collected 50 points in 31 games. The 1962-63 season was one of change. He played for the Neil McNeil Maroons in Toronto Junior and amassed 77 points in only 38 games.

Seiling signed with the Toronto Maple Leafs but played only one game for them before being sent down to the minors for two different teams. He began the 1963-64 season with the Toronto Marlies and collected 67 points in 41 games before representing Canada at the 1964 Olympic Winter Games in Austria where the team finished out of the medals.

Seiling would also be traded to the New York Rangers where he would remain for the next decade.

As a Rangers defenceman, Seiling was known as a stay-at-home blueliner who made few mistakes. After being claimed by the St. Louis Blues in the Expansion Draft of 1967, the Rangers were quick to trade for him the same day to keep him in New York. He enjoyed a great 1971-72 season collecting 41 points in 78 games and was named to the NHL All-Star Game for that season. The Rangers went to the Stanley Cup finals only to fall to Bobby Orr's Boston Bruins.

Seiling was a member of the Team Canada in the 1972 Summit Series.

In 1974, he was claimed on waivers by the Washington Capitals, but after appearing in just one game with the Capitals he was traded to the Maple Leafs. Seiling would also play for the Blues and Atlanta Flames before retiring at the end of the 1978–79 NHL season.

In 2006, Seiling was appointed Chair of the Ontario Racing Commission, a position he still holds today.