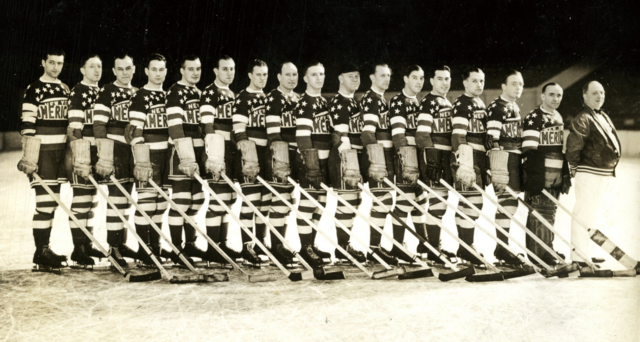 The 1935–36 New York Americans season was the Americans' 11th season of play. Under coach Red Dutton, the team improved to third place in the Canadian Division and qualified for the playoffs, for only the second time in the team's history. The club won its quarter-final series against the Chicago Black Hawks, before losing in the semi-final to the Toronto Maple Leafs.