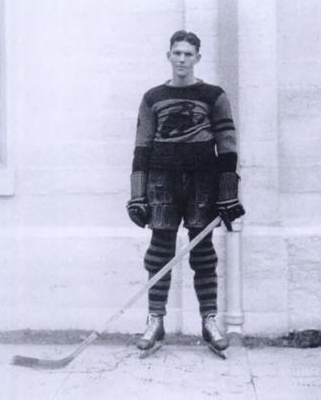 Roulston played junior Hockey for the Toronto Canoe Club for 2 seasons 1928 to 1930, before turning pro with the Portland Buckaroos in 1930.

Roulston then signed with the Cleveland Indians for 2 seasons. The 1933-34 season saw Roulston play for many teams including the Tulsa Oilers & Windsor Bulldogs.

Roulston signed with the Detroit Olympics, where he would help the Olympics win back to back F. G. Teddy Oke trophies as International Hockey League champions in 1935 and 1936.

The next few years would see Roulston playing for the Pittsburgh Hornets and then the Hershey Bears until 1941.

Roulston did play 24 games in the NHL with the Detroit Red Wings from 1936 to 1938, and had his name engraved on the Stanley Cup for 1937 championship, after playing only 21 games in the season, due to a injury.

Roulston would finish his Hockey career with the Philadelphia Ramblers in 1942.