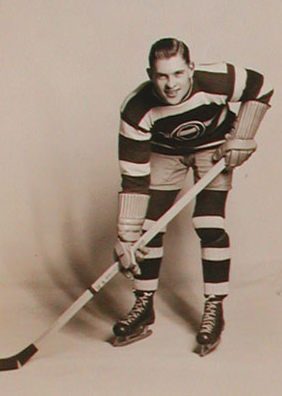 Kilrea played two years with senior Ottawa Montagnards before joining the Senators in 1929-30.

The next season he was loaned to the dreadful Philadelphia Quakers who won only four games all year.

Kilrea then played for the Windsor Bulldogs and Detroit Olympics of the IHL starting in 1934.

Kilrea left the NHL after playing five games in 1937-38 season, then dressed for 44 contests with the Pittsburgh Hornets of the AHL. This was followed by a half dozen years with the Hershey Bears before retiring in 1944. Kilrea's best year during this period was 1942-43 when he led the AHL with 68 assists and 99 points and was named to the league's first all-star team.

The John B. Sollenberger Trophy was originally named after Wally Kilrea, who held the AHL's single-season scoring record when the award was instituted 1947–48. That season, the award was renamed in honour of its first recipient, Carl Liscombe, who broke Kilrea's scoring record.