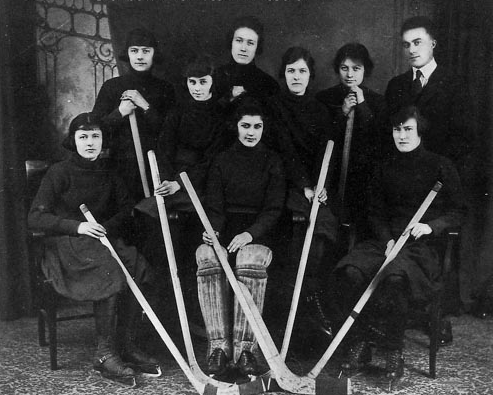 The women’s team played many community based teams. The University of Alberta played the Edmonton Monarchs in the Monarchs first ever game in 1918.

The city of Edmonton would organize women’s ice Hockey into three divisions in 1930: junior, intermediate and senior. The Edmonton Monarchs and the University of Alberta were the only teams that comprised the senior division