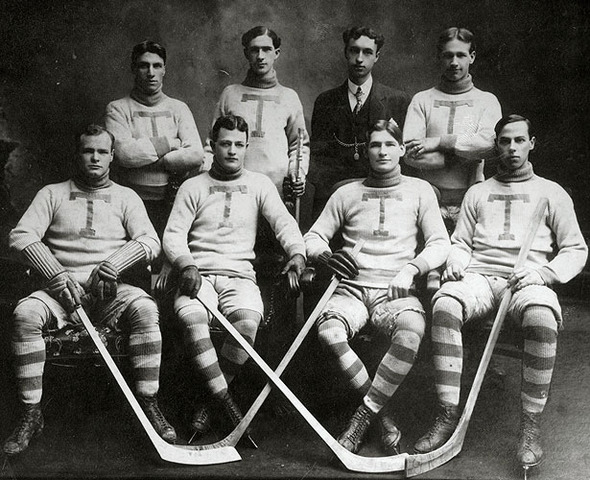 The 1st victory came on January 17, 1907, when the American Soo, also from the IHL, and based out of Sault Ste. Marie, Michigan played in Toronto. The score was 8 to 7 for Toronto, with Jack Carmichael getting the winner late in the game.

Sourced from http://static2.wikia.nocookie.net. Credited to Unknown.