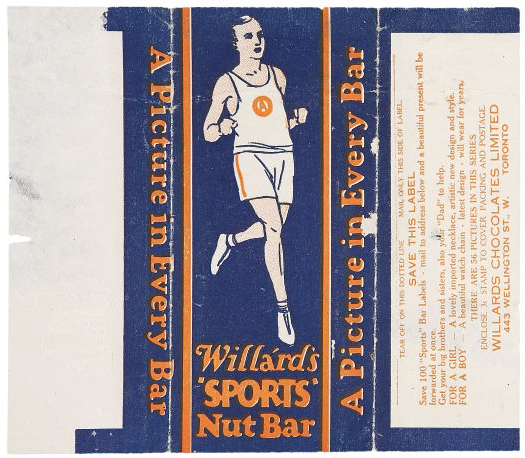 Willards Chocolates was a Toronto based firm that produced a few sports theme sets in the mid-1920's. In 1924 the company produced a 56-card set showcasing athletes from various sports including, baseball, boxing, track and field and Hockey.

Here is a very rare two-color wrapper adorned with a somewhat crude drawing of a runner while promoting "A Picture in Every Bar" of "Willard's 'Sports' Nut Bar." The rarity of the wrapper explained by the chance to exchange 100 wrappers for "imported chain" for Girls and a "watch chain" for boys.