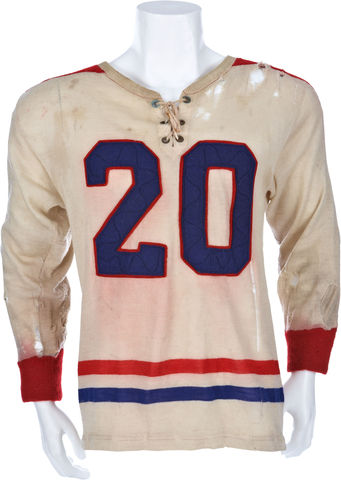 An extremely rare Hockey sweater that San Diego Skyhawks center Laurie Peterson wore during the 1948-49 Pacific Coast Hockey League season. From the Hawks' championship season, this stunning wool garment shows heavy use, with a scattering of rips and tears that remain unrepaired. The proper tie-down collar still has its original strings, and the awesome two-color felt-numerals are presented on the front and verso. This style shirt is rarely seen in the hobby