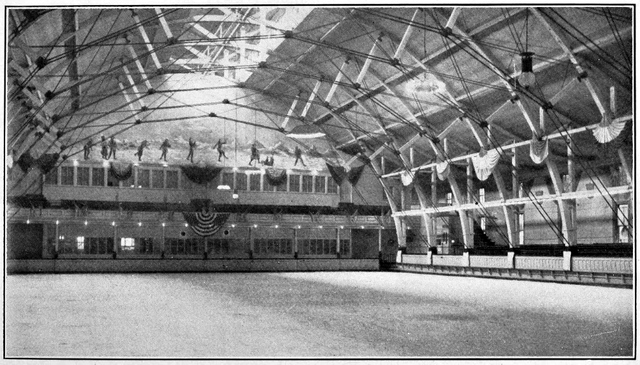 The Brooklyn Skating Club and the Brooklyn Crescents of the American Amateur Hockey League played their home games at the Clermont Avenue Rink from 1896 and until 1906. The Brooklyn Skating Club laid its hockey club to rest at the beginning of the 1905–06 season, only two games into the season, and the Brooklyn Crescents moved on to play at the St. Nicholas Rink on Manhattan from the 1906–07 season and until 1916 as the Clermont Avenue Rink was instead used for roller hockey.

Sourced from How to become a skater, Spalding's Athletic Library, 1904, p. 58. Credited to Unknown.