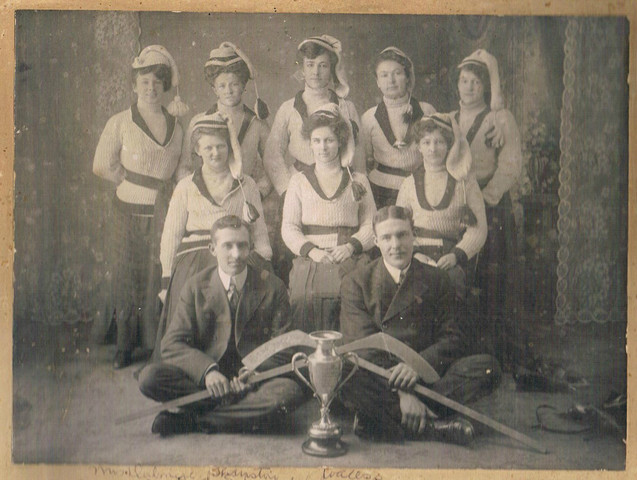 This photo is seen in the book, 88 Years of Puck Chasing in Saskatchewan, by Brenda and Joe Zeman, 1983, the Saskatchewan Sports Hall of Fame, page 255. There is a an article in the book about this team, largely because one of the women involved was still alive and could give details. This was Miss MacCulloch, the 17 year old right winger of the team. (The team is called Battleford, raher than North or South Battleford, because at the time, the people from South Battleford really only referred to themselves as Battleford, and the new town across the river ws referred to as North Battleford.) This was a contest between the ladies of North and South Battleford, and according to Miss MacCulloch (in her later interview with her family), there was only one season of play, for a cup which was only won once by one team.