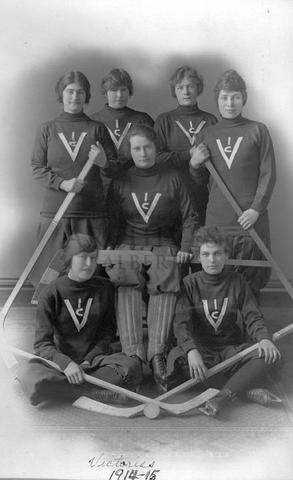 The Victorias played from 1914 to 1917. In 1917, the Victorias competed against the Calgary Crescents and the Calgary Regents. It was the first women’s ice Hockey rivalry between the cities of Edmonton and Calgary