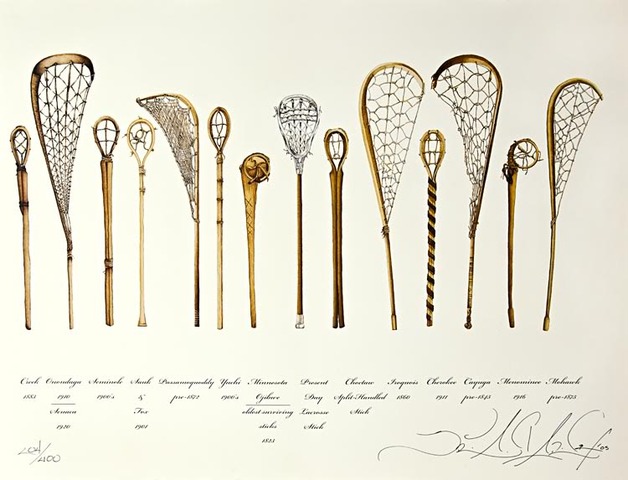 Lacrosse is considered the oldest national American sport. Its history is connected with Indian tradition. Early lacrosse was characterized by deep spiritual involvement, befitting the spirit of combat in which it was undertaken. Whole tribes participated in "the Creator's game" which could last even several days on a field many miles in length and width. The game was very brutal so that it could develop strong, virile men and prepare them for war. The most organized form of lacrosse was played by the Iroquois.

First Europeans that saw Indians playing "the Creator's game" were French. They called it lacrosse because of the similarity of the stick used to play the game to a staff carried by bishops - crossier. In the 1636 French missionary Jean de Brébeuf saw Iroquois playing lacroose and was the first European to write about the game. During the next ages lacrosse evolved but it was still hard to refer to it as to sport discipline. In the 1844 in Montreal the first lacrosse club was set up. Twelve years later a dentist, George Beers, from Montreal Lacrosse Club codified the game. Thanks to that he is called "the father of lacrosse". The first European country that adopted lacrosse was England. It was thanks to Caughnawaga Indians who performed in front of the English queen Victoria. In 1892 English Lacrosse Union was set up.