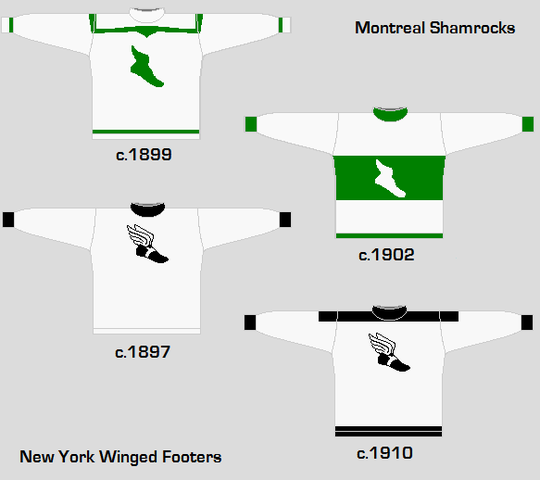 The Montreal Shamrocks were an amateur, later professional, men's ice hockey club in existence from 1886, merging with the Montreal Crystals club in 1896. They won the Stanley Cup ice hockey championship in 1899 and 1900. The club was a founding member of the National Hockey Association (NHA), the predecessor of today's National Hockey League - The New York Athletic Club is a private social club and athletic club in New York City. It was founded in 1868. Their amateur Ice Hockey team won the American Amateur Hockey League championship 4 times - 1897 - 1898 - 1909 - 1910