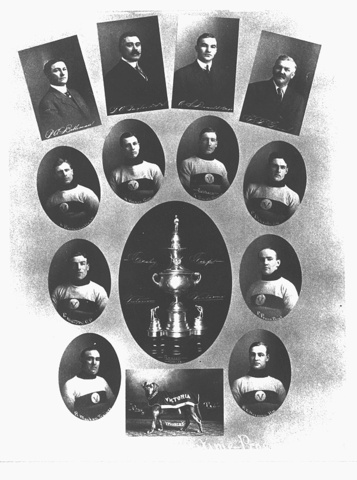 Moncton Victorias Hockey team: The Victorias first came to prominence in 1896 when they won the city championship. In the following years the team played in a variety of city and regional leagues, enjoying considerable success. In 1906-07, they won the Maritime senior championship, a feat which they repeated in 1908 and 1909. The joined the newly-formed Inter-provincial Professional Hockey League in 1910, and won the Maritime title that season and again in 1912. Having proven themselves the best in the Maritimes, the Victorias challenged for the Stanley Cup which was then awarded on a challenge basis, becoming the only Maritime team every to play for the coveted silverware. While they were easily defeated by the Quebec Bulldogs in a two-game series, it was an accomplishment nonetheless, for the team, the city, and the province.