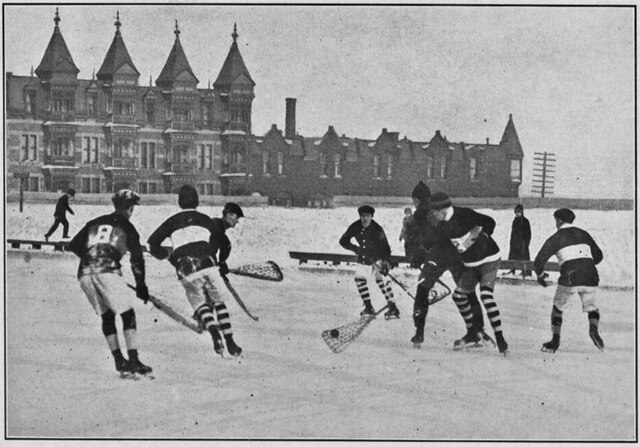 A game of ice-crosse at the grounds of the Montreal Amateur Athletic Association (MAAA) in 1914.

Ice-crosse was a mash-up sport between lacrosse and ice hockey, essentially lacrosse on skates and ice surface, and the text accompanying the photograph in the March 14, 1914 issue of the Montreal weekly pictorial The Standard claims it is "the latest winter game in Canada", and that it was invented by the MAAA. The photo is said to depict the first real game of ice-crosse played between two teams of the MAAA organization.

Sourced from The Standard (Montreal), March 14, 1914. Credited to Unknown.