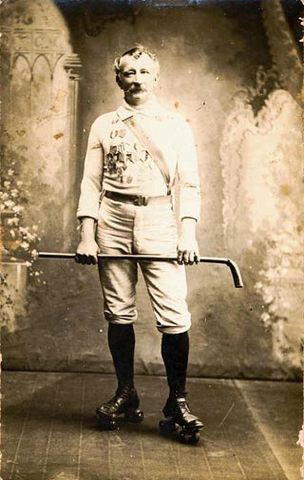 Dripping with skating and roller polo medals, he owned the Elite Skating Rink in St Kilda, and managed the Crystal Palace Roller Skating Rink at Bridge Rd, Richmond in Melbourne.

The Richmond rink opened sometime before 1905, near the homes of Robert Jackson and Cyril MacGillicuddy.

Beyer's parents were from Hamburg in Germany but his family were Presbyterian. His daughters were a roller polo team on their own, and roller skating champions of Australia.

Quad roller Hockey was first known as “roller polo” due to the introduction of Polo in 1876, when skaters took it to the rinks. The first recorded hardball roller hockey game was played in 1878 at the Denmark Rink in London, England.