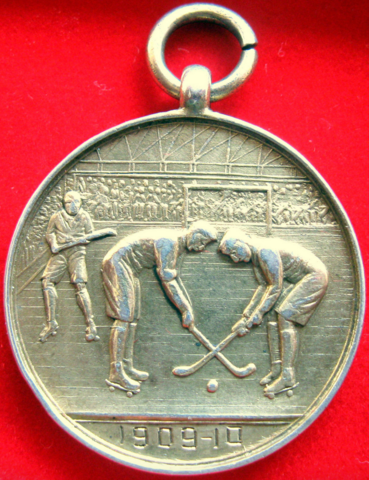 England Roller Hockey, which originated in England, is a game played on roller-skates with a ball and stick. It was first played at The Lava Rink in Denmark Hill, London, in 1885.

Roller Hockey, originally called "Rink Hockey," was established in 1896, making it the oldest sports recognized association It consisted of 10 men on each side, and the first roller Hockey games were played with a tennis ball and ordinary walking sticks, or sometimes even old umbrella handles.