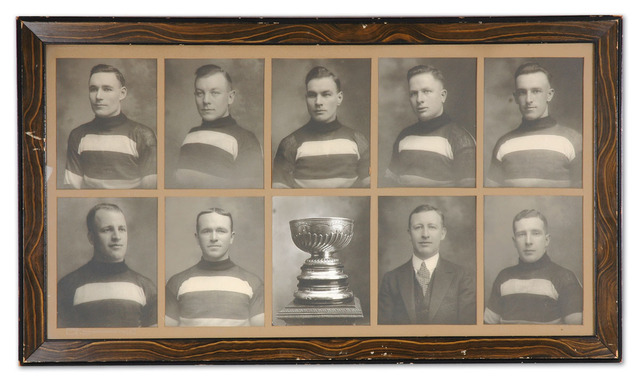 The Ottawa Senators won the first half of the 1920–21 NHL regular season while the Toronto St. Patricks won the second half, setting up a two-game total goals series between the two clubs to determine the NHL title.

The Senators recorded 5–0 and 2–0 shutout victories to advance to the Cup finals.

Meanwhile, Vancouver finished the 1920–21 PCHA regular season in first place with a 13–11 record, and defeated the second place Seattle Metropolitans in a championship series to win the PCHA title.

The Stanley Cup Final took place at Vancouver's Denman Arena, where the attendance per game during the series averaged over 10,000 people. The attendance for the first game on March 21, 1921 was 11,000, setting a new world record for the largest crowd to see a Hockey game.
The home town Millionaires won the game 2 to 1.
Game 2 was played on March 24, 1921 with the Senators winning 4 to 3.
Game 3 played on March 28, 1921 was again won by the visiting Senators 3 to 2.
Game 4 on March 31, 1921, was won by Vancouver 3 to 2.
The Championship Game for the Stanley Cup was played on April 4, 1921 before standing room only crowd at the Denman Arena. Jack Darragh of the Ottawa Senators was the Star of the Game, scoring both goals for the Senators, in a 2 to 1 victory, and the Stanley Cup.

Since all games were played in Vancouver, the three wins by the Senators meant they were the 1st team to win three road games in a Stanley Cup Final series.