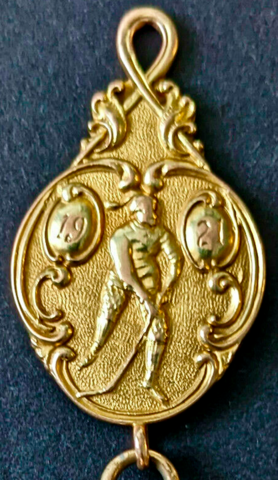 NOTE
Frank Carson would win a Stanley Cup championship with the Montreal Maroons in 1926.