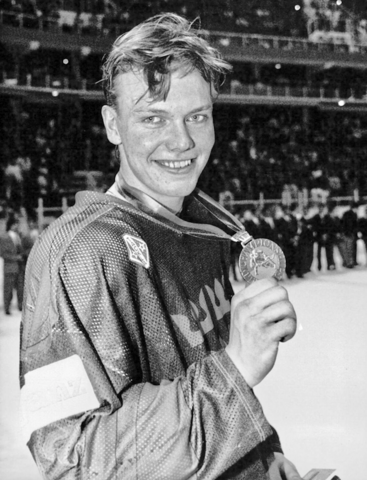 Sundin scored the Golden Goal for Sweden at the 1991 IIHF Men's Ice Hockey World Championships, defeating the Soviet Union 2-1 in the final game of the tournament at Turku’s Elysee Areena in Finland on May 4th.

Sundin scored the winner in the 3rd period vs Andrei Trefilov of the Soviet Union.

Sundin led the tournament in goals with 7 and tied for 1st in points with 12, but was not named to any Tournament Awards or Media All-Star Team.

Mats Sundin was 20 years old in this photo.