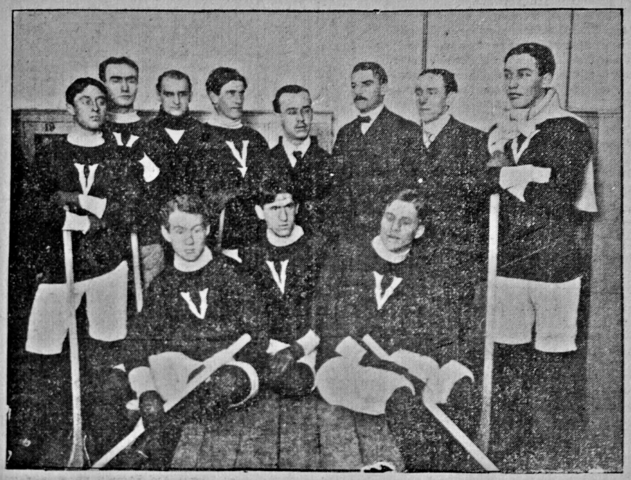 The Montreal Victorias had travelled to New York City in January, 1901 to play the New York Athletic Cub at the St. Nicholas Skating Rink on Friday January 11, 1901 and on Saturday January 12, they would play a All New York Team.

This image appeared in the New-York Daily Tribune on Thursday January 10, 1901 in the Sports and Sportsmen section.