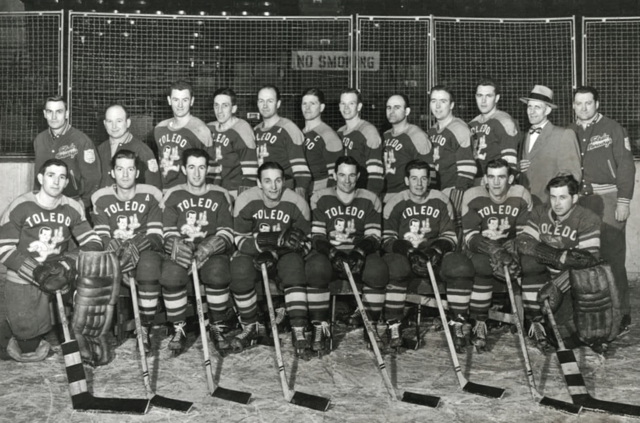 The team was sponsored by the The Buckeye Brewing Company (Buckeye Beer) for the 1949-50 season, and jumped leagues from the International Hockey League / IHL to the Eastern Hockey League / EHL for just 1 season. Their record was 26 wins, 13 losses and 12 ties.

They were known as the Toledo Mercurys before and after this one season in the EHL.