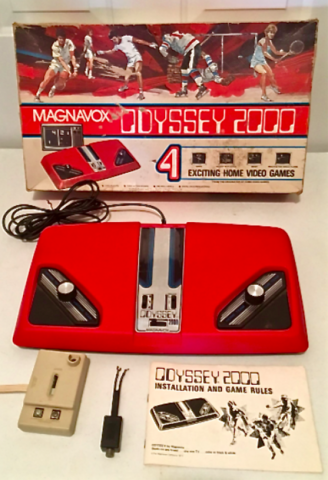 The Odyssey 2000 is set up for two players and uses a single rotating knob for each player's game control instead of the three knobs used by earlier Magnavox dedicated video game consoles. In addition to the Tennis, Hockey, and Squash ("Smash") game variations, the Odyssey 2000 adds the Practice variation of one-player squash. Points scored during gameplay are shown at the top of the screen when each player scores and the winner is the first player to gain 15 points.

Like earlier Odyssey models, the Odyssey 2000 is powered by either six "C" batteries or an optional AC adapter.
The Odyssey 2000 has a built in speaker inside of it.