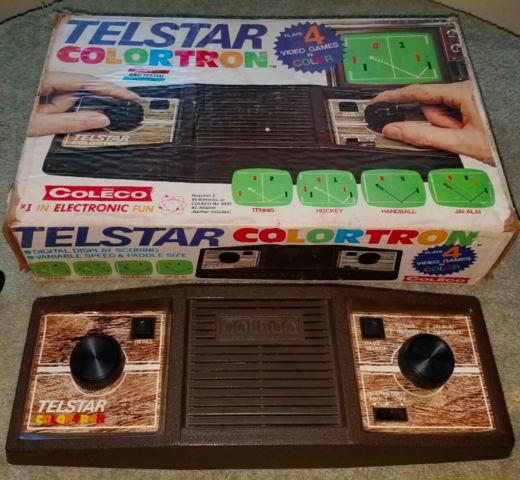 The Telstar Colortron was released in 1978. It is one of the only systems based around the AY-3-8510 game chip, a derivate of the AY-3-8500. (Starting with Coleco Telstar Pong clone based video game console on General Instrument's AY-3-8500 chip in 1976)

The system offers 4 games instead of 6 (Hockey, Tennis, Handball and Jai Alai), but the picture is in color, which is much better. Sound is not unpleasant like on most of the other systems, since it comes from a little piezzo beeper which produces a very discrete sound.