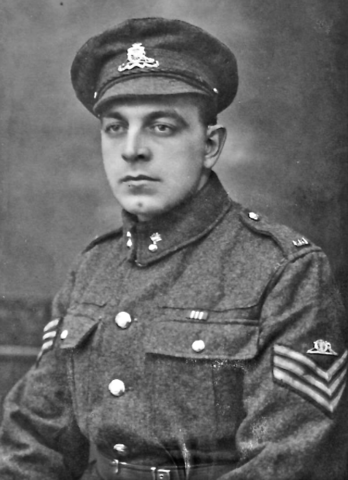 Smeaton grew up in the Westmount suburb of Montreal, Quebec. During his youth, Smeaton played baseball, football, basketball and ice Hockey for the Westmount Amateur Athletic Association. He also played for many local Montreal teams as a junior.

By 1908, Smeaton had started refereeing ice Hockey games, including those of the Montreal Insurance Hockey League.

In 1913, Frank Calder appointed him an official in the National Hockey Association / NHA as a referee. In his first official game in 1913, between the Montreal Canadiens and the Montreal Wanderers, he was confronted by Newsy Lalonde after calling an offside. Smeaton promptly fined Lalonde $5.

Smeaton was involved in the exhibition Hockey game between the 87th Battalion, Canadian Grenadier Guards Hockey team, and a NHA All-Star team made up of players from the Wanderers & Canadiens. Smeaton was the "judge of play" for the game on December 11, 1915.

Smeaton would continue to referee NHA games until he enlisted in the 3rd Canadian Overseas Draft & Heavy and Siege Artillery at Montreal in May 1917. Smeaton would be sent overseas, later joining the Canadian 11th Siege Battery at the Western Front. Smeaton was a sergeant when he returned from France, and decorated, having been awarded a Distinguished Conduct Medal (DCM) for saving an ammunition dump from destruction after it was hit by a German bomb shell.

The National Hockey League / NHL was formed when Smeaton was in WWI, and when he returned, the NHL offered Smeaton a job as a senior referee, and in the later 1920s, he was appointed "Referee in Chief" of the NHL.

Smeaton took a break from refereeing in 1930 to coach the Philadelphia Quakers through their only NHL campaign, after the franchise moved from Pittsburgh, and before it folded for good in 1931. The Quakers won just four of 44 games (4 ties), and finishing dead last in the ten-team NHL.

Smeaton returned and refereed in the NHL until 1937 when he retired at age 47, but stayed on in his position as Referee in Chief for a couple of years more.

Part of the reason Smeaton retired from Hockey was to attend to his business career. He retired to accept a promotion to assistant branch manager at Sun Life. Smeaton later became Ottawa branch manager before returning to Montreal to become Montreal branch manager in 1944. Smeaton would continue at Sun Life until retiring in 1954. Smeaton served as president of the Montreal Life Insurance Underwriters Association.

On February 24, 1946, Stanley Cup trustee P.D. Ross named Smeaton co-trustee to replace the recently deceased William Foran, a position every trustee held from their nomination to their day of death. Later, when Ross passed away, “Coop” named Red Dutton co-trustee. As part of his duties Smeaton would, on occasion, present the Stanley Cup to the winning championship team.