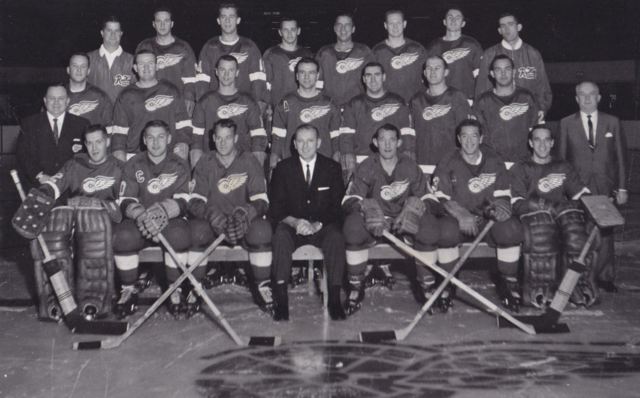 Roger Crozier would have a outstanding season in the Detroit nets, and be awarded the 1965 Calder Memorial Trophy as the league's Rookie of the Year - 40 wins, 22 losses and 7 ties.

The Red Wings would also win the Prince of Wales Trophy as NHL regular season champions.