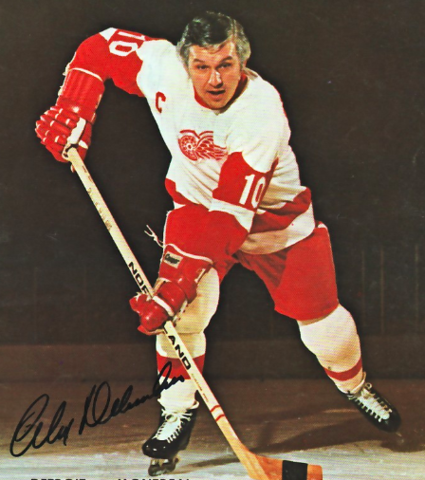 Like so many of his peers, Alex Delvecchio felt the lure of the World Hockey Association when that professional league debuted in 1972. A very generous offer was tabled by the Houston Aeros which would allow Alex to re-join his friend and former linemate, Gordie Howe. "I'd spent my whole life with the Wings and, what the heck, I'd better finish with them," Delvecchio decided at that point. "Why fool around somewhere else for one year. Why not spend it right here where I enjoy playing hockey." In 1972, Alex was approaching his fortieth birthday, and had already played twenty-one seasons. "If I was younger and had another eight or ten years of hockey left, I would have really considered that Houston offer just for a change of scenery."