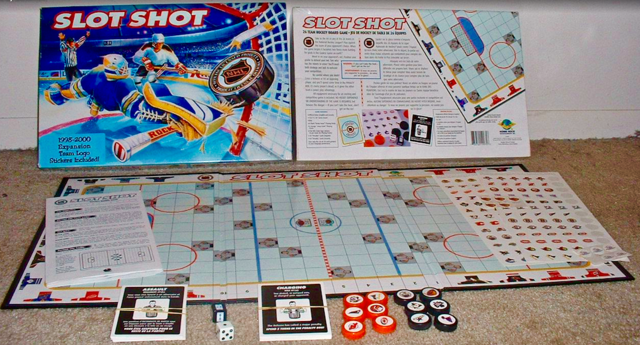 Printed on the box:
Take to the ice as any of the 26 teams in the NHL.

Play against the team of your opponent's choice. When the game begins it becomes two fierce rivals battling for goals. Move in on your opponent's net. Position your goalie to defend your net. See who has the moves to score! You'll need both strategy and luck to outscore your competition. Be careful where you skate, cross a referee or hit an opposing player and you'll spend some time in the penalty box.

No Hockey experience or understanding of the game is required!