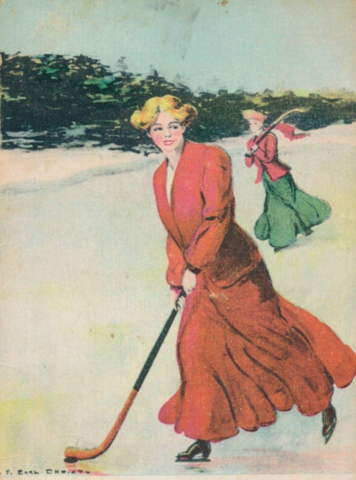 Christy was a American Illustrator in the mediums of gouache, oil, pastels, and watercolors, and studied commercial art at the Pennsylvania Academy of the Fine Arts, graduating in 1907.

Christy developed a collection of “College Girl” postcards that are have popular with collectors. The first cards in this series were published by the U.S.Postcard Company in 1905.

Christy later became well known for his work doing female portraits and full bodied illustrations of mature men and women, movie stars and political figures, still romantically idealized. He was even known to paint a couple in love or a handsome gentleman on his own occasionally.