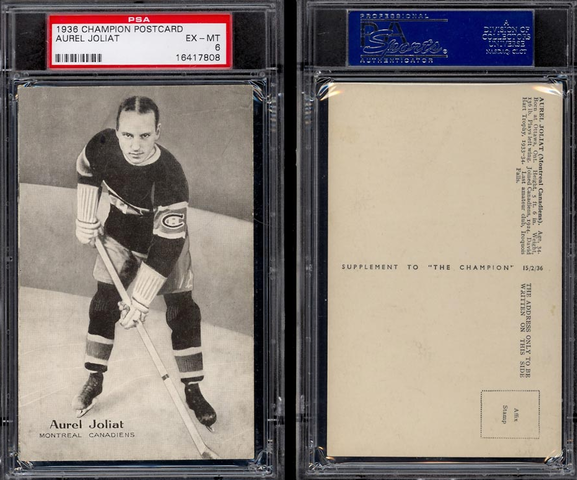 Champion Postcards were issued in Great Britain as inserts in "Boys" magazine and picture some of the biggest stars of the NHL's pre-war era.

Three cards were issued in the first week of the promotion in "The Champion" and then one per week in "Boys" magazine.

The cards are sepia toned and are postcard size, measuring approximately 3 1/2" by 5 1/2".

The set is subtitled "Stars of the Ice Rinks".

The cards are unnumbered.