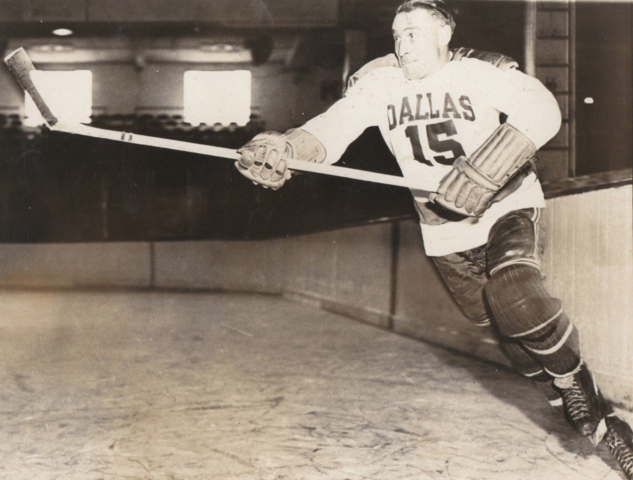 Allen started out in amateur Hockey in Saskatchewan, playing for the intermediate Kerrobert Tigers and the senior North Battleford Beavers from 1934 to 1937. Allen and the Beavers made it to the 1937 Allan Cup finals, losing to the Sudbury Tigers 3-2 in a best of five championship.

In 1937-38 season, Allen went to Northern Ontario's senior Creighton Eagles and in 1938-39 season, back to Alberta, playing for the Lethbridge Maple Leafs.

In 1939, Allen joined the River Vale Skeeters of the Eastern Hockey League and scored 73 points in 60 games. This caught the eye of the New York Americans, who signed him on October 15, 1940. They assigned him to the American Hockey League / AHL Springfield Indians and called him up in November. Allen played in six games and had one assist, but suffered an eye injury during a game in Boston, Allen was on a power play break-away when he was hooked from behind. The opponent's stick caught the bottom of his eye socket and popped his eyeball out so it was hanging on his cheek. His career in the NHL came to an abrupt end. Although he eventually recovered most of the sight in his eye, league regulations forbade him from playing after an eye injury.

Allen was traded to the Pittsburgh Hornets on October 8, 1941, the AHL affiliate of the Toronto Maple Leafs, with Glenn Brydson in exchange for Phil McAtee and Peanuts O'Flaherty. Allen would score 20 goals for the Hornets in just 51 games during the 1941-42 season.

Allen played in Pittsburgh until 1943, as World War 2 would take him back to Canada for duty, where he played with the Saskatoon HMCS Unicorn and Cornwallis Navy.

Back in the AHL in 1945 with the Hornets, Allen was traded to the Dallas Texans of the United States Hockey League after just 2 games. Allen would play for the Texans until 1949, having his finest pro season there in 1946-47, when he led the league with 34 goals (18 assists).

Allen finished his pro career with the Saskatoon Quakers in the 1949-50 season.

Allen returned to the Kerrobert Tigers and the amateur ranks, playing from 1951 to 1955.