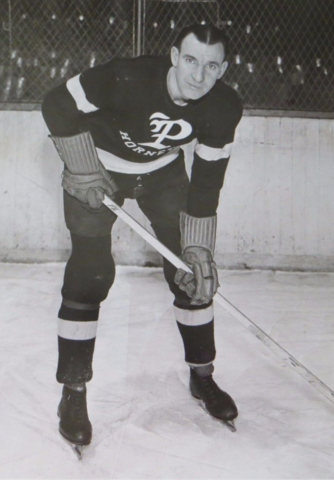 Sorrell played junior Hockey for three different teams in three different leagues. In 1926 he was a young left winger for the Chesterville Colts of the Ontario Hockey Association and showed great promise. He was quickly noticed and in 1927 played forty games for the Quebec Beavers of the CAHL before being called up into the Canadian Professional Hockey League the following year for the Windsor Bulldogs. He was finally noticed by the NHL when the Montreal Canadiens signed him. He never played a game for Montreal, but was instead traded to the London Tecumsehs of the IHL on November 5, 1929. Sorrell continued to show promise and helped the Tecumsehs to a third-place finish in the IHL.

On November 10, 1930 he was traded to the Detroit Falcons, and finally found a place to call home for more than a single season. He would spend the next nine years with the Detroit club, now called the Detroit Red Wings, helping the team to win consecutive Stanley Cups in 1936 and 1937.

Sorrell started the next season with the Pittsburgh Hornets, then on February 13, 1938, Sorrell was traded for Hap Emms to the New York Americans where he would spend the rest of his NHL career. He retired from the league in the 1940–41 season, spending his remaining playing days in the AHL with both the Hershey Bears and Indianapolis Capitals, turning to coaching the Indianapolis Capitals until the 1945–46 season.