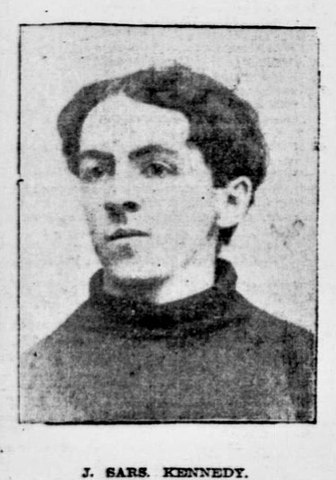 Sars Kennedy was born in Barrie, Ontario on Dec. 22, 1876 and was an architect by profession. He played on the Barrie Hockey Club in 1897 but in 1898 he moved south of the border to New York City.

Sars Kennedy played predominantly at right wing and was a small and plucky player at 5'5" and 115 lbs. He also filled in sporadically at defense, and also as a goaltender during the 1903–04 AAHL season. He won a total of nine AAHL championships, one with the Brooklyn Skating Club and eight with the Brooklyn Crescents.