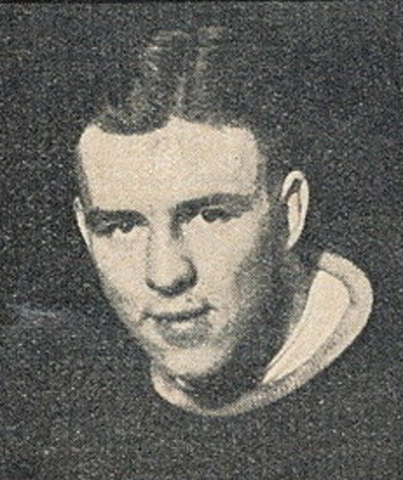 Shibicky played his minor and junior Hockey in Winnipeg, where he played for the Winnipeg Columbus Club from 1931 to 1933, then the or the Selkirk Junior Fishermen in 1933-34, while also playing 1 game with the senior or the Selkirk Fishermen.

Shibicky was scouted by the New York Rangers who signed him in 1934. They promptly deposited him in the EHL with the Brooklyn Amateur Athletic Club team, the Brooklyn Crescents. There he teamed up with his future NHL linemates, Mac and Neil Colville. The trio clicked with a promising show of offensive output.

Shibicky also played one season with the Philadelphia Ramblers in 1935-36, finishing the season with the Rangers for the final 18 games. Shibicky then made it to the Rangers full time in 1936-37. The Rangers continued to add the pieces that would lead them down the Stanley Cup path. By 1939-40, the mix came together with an outstanding run, first past the Bruins and then the Leafs in the finals to claim the 1940 Stanley Cup championship. While grappling against Toronto, Shibicky broke his ankle in three places, but kept the injury a secret. The team's doctor simply froze his leg up to the knee and sent him back onto the ice.

At the close of the 1941-42 campaign, Shibicky, like so many other NHLers, put his career aside to join the military for the duration of World War II, playing for or the Allan Cup-winning Ottawa Commandos in 1943.

After the war Shibicky rejoined the Rangers for 33 games, but was demoted to the Providence Reds halfway through the 1945-46 season. The following year, he played for the New Haven Ramblers of the same league, and retired at the close of the 1947 season.

Shibicky is best known for being the first player to use a slapshot, which he did in 1937. He said he learned it in practice from teammate Fred "Bun" Cook during the 1935–36 season.