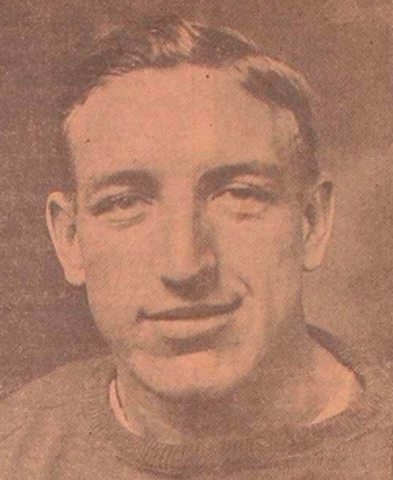 Blinco attended McGill University after high school, and played for their team, the McGill Redmen in both the Collegiate League and the Montreal City Hockey League from 1926 to 1928.

Blinco returned home, and played 1 season for his local Grand'Mere Maroons in 1928-29.

Blinco then signed with the Crescent Athletic Club (Crescent A.C. / Brooklyn Crescents) of the United States Amateur Hockey Association / USAHA in 1929. He played there for 3 seasons, helping the team win the 1931 USAHA championship. Blinco and the Crescent A.C.'s played the very first ice Hockey games at the Lake Placid Olympic Stadium on December 27 & 28, 1930 vs the Lake Placid Athletic Association.

Blinco, along with his brother Lloyd, also played with the Mamaroneck All-Stars in the Westchester Hockey League during the early 1930s.

Blinco turned pro for the 1932-33 season with the Springfield Indians of the Canadian-American Hockey League / Can-Am, and his NHL rights were owned by the New York Rangers.

After playing just 13 games for the Springfield Indians, the team folded because of the "Great Depression" and the Rangers sold Blinco to the Montreal Maroons on December 18, 1932, and they sent him to their farm team, the Windsor Bulldogs, where Blinco finished the season, scoring 13 goals, 10 assists in 28 games, and another 2 goals, 3 assists in 6 playoff games.

Blinco started the 1933-34 season with the Bulldogs, and after playing in 16 games, scoring 6 goals, 5 assists, the Maroons, who were impressed with Blinco's performance in Windsor, brought him up the the NHL team for the remainder of the 1933-34 season. Blinco made quite the splash in the NHL, scoring 14 goals, 9 assists in the final 31 games and won the 1934 NHL Rookie of the Year honours (Calder Trophy / Calder Memorial Trophy), only the 2nd time in NHL history a Rookie of the Year was picked.

Blinco started the 1934-35 season with the Maroons, and was put on a line with Herb Cain and Earl Robinson, scoring 13 goals, 14 assists during the regular season, and then for the playoffs, was paired with Robinson and Dave Trottier.

New York Rangers general manager Lester Patrick had this quote about Blinco during the 1934-35 season - "He's fast, clever, a smart stick-handler and a capable back-checker"

The Maroons finished 2nd in the NHL Canadian Division during the season and faced the Chicago Black Hawks in the quarter-finals, defeating them 1-0, and then the New York Rangers in the semi-finals, a 2 game total goals series. Blinco had 1 goal, 1 assist in game 2, as the Maroons won the total goal series 5-4.

In the 1935 championship best of 5 final vs the Toronto Maple Leafs, Binco had a assist in game 1 victory. he scored the game winner in game 2, as the Maroons won the series in a 3 game sweep to claim the 1935 Stanley Cup championship.

Blinco played with the Maroons for the next 3 seasons, helping them to the 1936 and 1937 Stanley Cup semi-finals, along with playing in the Howie Morenz Memorial Game on November 2, 1937 representing the Montreal All-Stars with 1 assist in the game.

Blinco was traded to the Chicago Black Hawks with Baldy Northcott and Earl Robinson for $30,000, September 15, 1938, and would play his final NHL season in Chicago, scoring 3 goals, 12 assists during the season, and then retired.

Blinco played in 268 regular season NHL games, scoring 59 goals, 66 assists, and 3 goals, 3 assists in 19 NHL playoff games.
Blinco was an extremely clean player, with only 24 penalty minutes during the regular season, and 4 in the playoffs for his entire NHL career.

Russell Blinco was put on the RBC Wall of Distinction for the Bishop's University Gaiters in 1991.