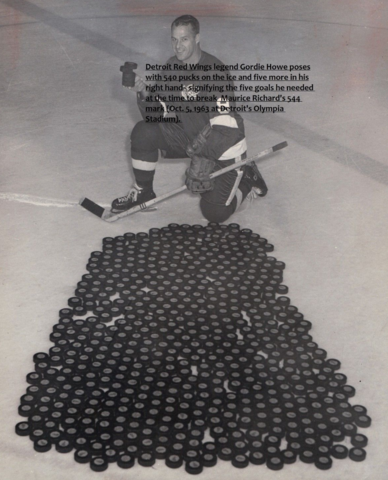 Detroit Red Wings legend Gordie Howe poses with 540 pucks on the ice and five more in his right hand - signifying the five goals he needed at the time to break Maurice Richard's 544 mark (Oct. 5, 1963 at Detroit's Olympia Stadium).

On Nov. 10, 1963 - before the home fans at Olympia Stadium, Howe scored his 545 goal against Montreal's Charlie Hodge.