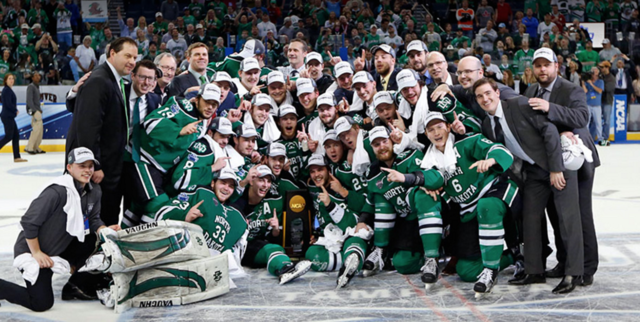 The University of North Dakota Fighting Hawks defeated the Quinnipiac Bobcats, 5-1, on April 9, 2016 to win its first NCAA championship in 16 years. It ended a frustrating run during which time the team went to the Frozen Four eight times, only to fall short each time. This was the school’s eighth all-time title.
The win was historic for head coach Brad Berry who became the first rookie coach to lead his team to a national championship.
The men’s Frozen Four was played at the Amalie Arena in Tampa Bay, Florida.