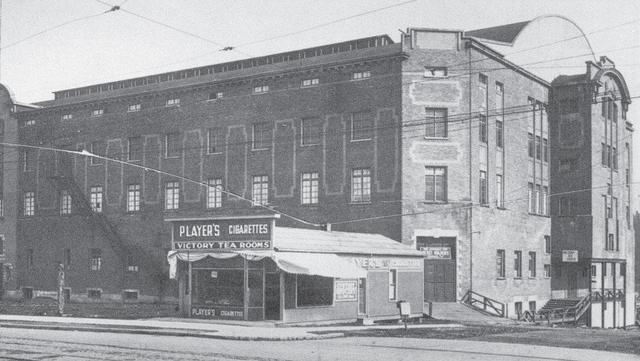 The arena was also used for other sports, musical performances and public assemblies. It was an assembly point for Canadian servicemen during World War I. The 10,500 seat arena was the largest in Canada at the time, and introduced mechanically-frozen or "artificial" ice to Canada. Until the Montreal Forum was built in 1926, it was the largest artificial ice arena in the world seating 10,500.

In January 1911, Joe Patrick sold his Nelson, British Columbia lumber business for $440,000. The Patrick family moved to Victoria and the decision was made to use the proceeds of the company sale to go into the business of professional ice Hockey. The family built the Denman Arena to support the new Pacific Coast Hockey Association / PCHA, a professional ice Hockey league, to be run by Joe's sons Frank and Lester Patrick. Both Frank and Lester were professional ice Hockey players and had played in the National Hockey Association and other early professional leagues in Eastern Canada. Constructed of wood and brick, the large brick facing led Vancouverites to refer to it as The Pile. The Patrick brothers simultaneously built the 3,500 seat Patrick Arena in Victoria to help house their three team league which also included New Westminster. They would proceed to raid the established National Hockey Association / NHA in Eastern Canada of much of it’s top talent to stock their teams.

To finance the construction of the Arena, the Patricks formed the Vancouver Arena Company Limited, capitalized at $200,000. The company was divided into 1000 preferred shares and 1000 common shares, with a 10% annual dividend. The company issued an initial share offering, but by September 1911, the offering had only raised $1400. Two more investors signed on, but it was up to the Patricks to take the rest. To facilitate the playing of ice hockey in Vancouver's moderate climate, the Patricks imported mechanical ice freezing equipment that Frank and Lester Patrick had seen in operation at New York's St. Nicholas Arena. The Denman Arena opened on December 20, 1911, attracting 1500 people for a session of public ice skating. Denman Arena held 10,500 people, making it at the time, the largest indoor arena in Canada, one of the world's largest indoor arenas, and the second largest indoor arena in North America, after the second built Madison Square Garden in New York City. The Arena was built at a cost of $226,382.

The Patricks, being innovators of the game of Hockey would introduce many of the games’ great changes. It was the arena that had the first blueline in Hockey history, the first goal crease and where forward passing was first tested.

The Arena and Auditorium were also used for boxing matches featuring Max Baer and “Cinderella Man” James Braddock along with wrestling matches.