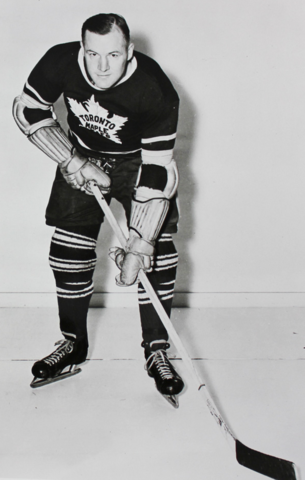 Davidson also played with the Syracuse Stars from 1934 to 1936, before he became a full time member of the Maple Leafs.

Bob Davidson on occasion went by the nickname "Rugged Robert" by his teammates. He played his entire NHL career with the Toronto Maple Leafs. He played in the NHL from 1933–34 to 1945–46. He played on two Stanley Cup winning teams. His first was in 1941–42 and his second in the 1944–45 season in which he was Captain of the Toronto Maple Leafs, in the absence of Syl Apps, who was off fighting for Canada in the Second World War. Upon Apps' return to the team in 1945, Davidson promptly returned the captaincy to him, noting that Apps who was the true leader of the club.

After retiring, Davidson stayed on with the Maple Leafs organization in a number of different capacities. His most notable was as Chief Scout. Bob Davidson is considered by many to be one of the best Hockey scouts of all time and was credited with building the Toronto Maple Leafs teams during the 1960s which dominated the NHL by winning the Stanley Cup four times (1961–62, 1962–63, 1963–64, 1966–67) within a six-year period.