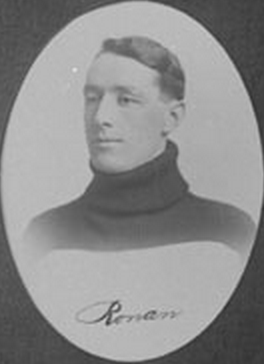 Ronan made his professional debut as a defenceman with the Pittsburgh Bankers of the Western Pennsylvania Hockey League (WPHL) in 1908–09, then would break his contract to leave to play with the Toronto Professionals, finishing with a few games for the Haileybury Silver Kings in the Temiskaming Professional Hockey League (TPHL). He would stay with Haileybury in 1910 in the inaugural season of the NHA. In 1911, Ronan remained in the NHA after Haileybury returned to the TPHL, as a member of the Renfrew Creamery Kings in their final season in the NHA.

For the 1911–12 season, Renfrew dropped out of the league and its players dispersed by drawing lots. Ottawa picked Ronan after the Wanderers had picked Cyclone Taylor, and tried to trade Ronan to the Wanderers for Taylor without success. Ottawa's regular centre Marty Walsh was not playing well and Ottawa tried Ronan out at centre. Ronan blossomed at centre, scoring eight goals in one game and five in another, ending up with 35 goals in 18 games. Ronan would play two more seasons with Ottawa before being sold to the Toronto Shamrocks before the 1914–15 season, but did not duplicate his goal totals.

Ronan played a season and a half with the Shamrocks before being dealt to the Montreal Canadiens, playing on their 1916 Stanley Cup-winning squad. After the season, Ronan signed up with the military where he served until 1918. He returned to professional Hockey and was re-acquired by Ottawa in a trade with the Canadiens in exchange for Harry Hyland. However, he had lost his offensive skills and was released after eleven games without scoring any goals.