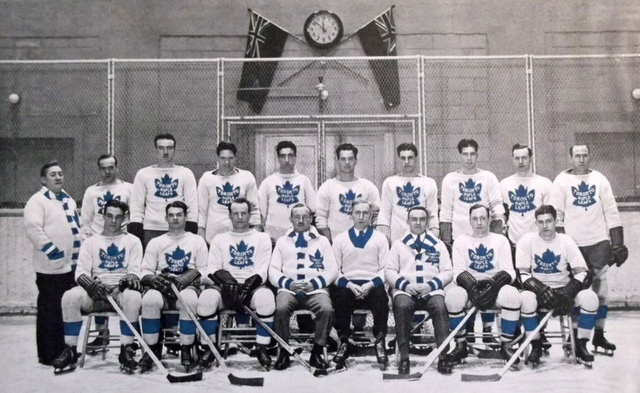 The Maple Leafs offense was led by Busher Jackson, who led the NHL with 53 points, scoring 28 goals and added 25 assists in 48 games. Linemate Joe Primeau led the league with 37 assists to finish second to Jackson in league scoring with 50 points. Charlie Conacher posted an NHL high 34 goals, and finished fourth in league scoring with 48 points. Defenceman King Clancy anchored the blueline, scoring 10 goals and 19 points, while Red Horner provided the team toughness, getting a club high 97 penalty minutes. In goal, Lorne Chabot had another very solid season, winning a team high 22 games while posting a 2.36 GAA and earning four shutouts along the way.

Photo was taken in December 1931