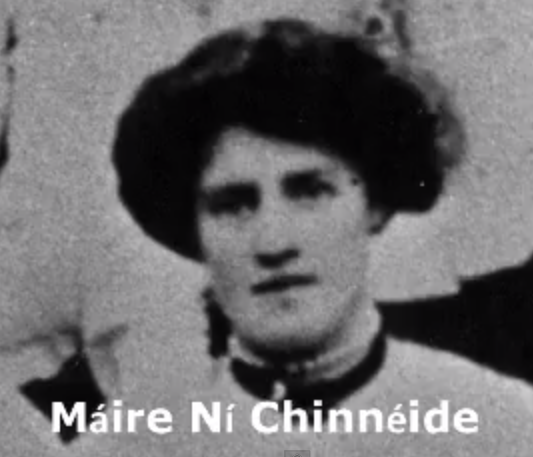 Máire Ní Chinnéide - Molly O'Kennedy (17 January 1879–25 May 1967) was an Irish language activist, playwright, first President of the Camogie Association and first woman president of the Oireachtas.

It was from the efforts of Máire, Tadhg Ó Donnchadha and their colleagues in Craobh an Chéitinnigh that the new woman’s stick and ball field game of Camoguidheacht emerged in 1904.
She was on the first camogie team to play an exhibition match in Navan in July 1904, became an early propagandist for the game and, in 1905 was elected president of the infant Camogie Association.

She later served as Vice-President of Craobh an Chéitinnigh, to Cathal Brugha. She was active in Cumann na mBan during the Irish War of Independence and took the pro-treaty side during the civil war