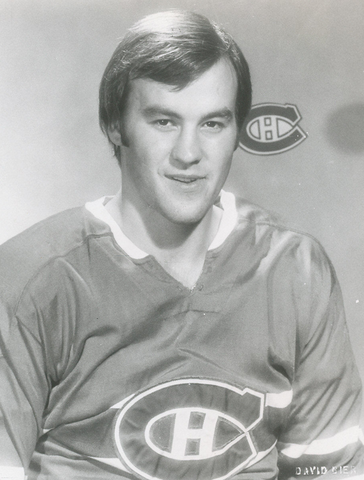 Chartraw played 420 games in the National Hockey League between 1974 and 1984. Selected tenth overall in the 1974 NHL Entry Draft.

Chartraw was the first American drafted in the first round.

Chartraw was born in Caracas, Venezuela while his American father was employed there as an engineer. The family moved back to the United States when Rick was three, and he grew up in Erie, Pennsylvania. He learned to play Hockey there (he was also a promising golf player) before moving to Canada as a teenager to play junior Hockey for the Kitchener Rangers at 17. In his rookie year, Chartraw played in 58 games and contributed 25 points. During his draft year, he had 17 goals and 61 points in 70 games. The Canadiens liked the combination of his size and agility for a big man and he reminded them of another similar type player who also came from the Rangers a few years earlier--Larry Robinson.

Chartraw started his National Hockey League career with the Montreal Canadiens in 1975 when he played in 12 games in total. He played in 16 games the next year before being inserted into the lineup for 43 games in 1976-77. He also played in 13 playoff games and helped the Habs to their second Stanley Cup win in a row. In 1977-78, Chartraw played a career-high 68 games, scoring four goals and 16 points while again playing a role in the team's run through the playoffs, and a third Stanley Cup championship. He duplicated his point total from the year before in 1978-79, and once again helped Montreal reach the promised land, their fourth Stanley Cup in a row. That was it for Cup victories, but Chartraw remained in Montreal until midway through the 1980-81 season before being traded to the Los Angeles Kings. Later, he would play for the New York Rangers and Edmonton Oilers. He won four Stanley Cups with the Canadiens (1976 to 1979) and one with the Oilers (1984). He only played 24 games, and 1 playoff game in 1984 for Edmonton, so he did not qualify for engravement on the Stanley Cup.

Chartraw also played for Team USA in the 1976 Canada Cup.