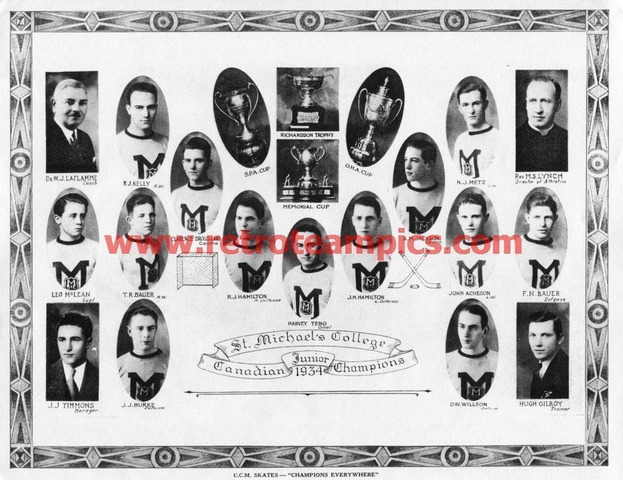 In the 1934 playoffs St. Michael's skated to 8-2, and 9-3 victories versus the Ottawa Shamrocks to win the two game series for the Ontario title. In the following series, Toronto faced the Charlottetown Abegweits in the eastern final, played in Toronto. The Majors prevailed again in two games, by scores of 12-2 and 7-2. The Memorial Cup final was played at Shea's Amphitheatre in Winnipeg, where St. Michael's faced the Edmonton Athletic Club in a best-of-three series for the title. The Majors picked up Turk Broda from the Winnipeg Monarchs to back up if goaltender Harvey Teno was injured. St. Mike's opened with a 5-0 victory over the Athletics on April 3. More than 4,500 fans showed up for game 2 on April 5. St. Michael's won its first Memorial Cup championship, with a 6-4 victory in overtime.