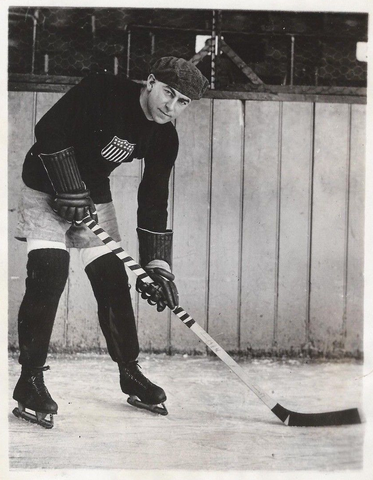 Drury is best known among Hockey historians as a member of the U.S. Olympic team that competed in the first Winter Games in Chamonix, France, in 1924.

Drury's U.S. squad won its preliminary group, defeating Belgium 19-0, France 22-0, and Great Britain 11-0. In the medal round, they blanked Sweden 20-0 before losing 6-1 to Canada and capturing the silver medal. Drury scored an amazing 22 goals and chipped in 3 assists for 25 points in the five games. In the gold-medal game, Drury notched the Americans' lone marker.

Prior to joining the U.S. team, Drury had begun his Hockey career with the Midland Seniors of the OHA senior league in 1914-15, then joined Port Colborne of the same league a year later. In 1916-17 he joined the Pittsburgh Yellow Jackets of the United States Amateur Hockey Association, at the Duquesne Gardens. From 1918–19 he was called to military service for World War I and did not resume his Hockey career until 1920. That season, he represented the United States, as a naturalized citizen on the U.S. Olympic Hockey team for the 1920 Summer Olympics. The 1920 Olympic Games, in Antwerp, Belgium, was the debut of Ice Hockey to the Olympics, which was added to the existing summer sports. Although the U.S. lost to Canada's Winnipeg Falcons in the finals, Drury returned to the Pittsburgh Yellow Jackets as a silver medalist.. During Drury's time in Pittsburgh, the team changed its name twice, from the Pittsburgh Athletic Association, to the Stars, then to the Yellowjackets.

In 1924, Drury once again saw Olympic action as a member of the U.S. Olympic team that played in the first Winter Games at Chamonix, France. As part of the opening ceremonies, Drury carried the U.S. flag for his adopted country. During the games, Drury recorded an astounding 22 goals along with 3 assists, for a total of 25 points in the tournament. After defeating team Sweden 20-0, the U.S. settled for the silver medal following a 6-1 defeat to Canada. Drury scored the lone American goal during the Gold medal game.

When the Olympics ended, Drury returned to Pittsburgh. In October 1925 Drury became the fifth former Yellow Jackets player to sign with the National Hockey League's Pittsburgh Pirates. He played with the Pirates during all of the franchise's five seasons. In 1930, Drury relocated with the team to Philadelphia, where they were known as the Quakers. The Quakers franchise later suspended operations after the 1930–31 NHL season and later folded.