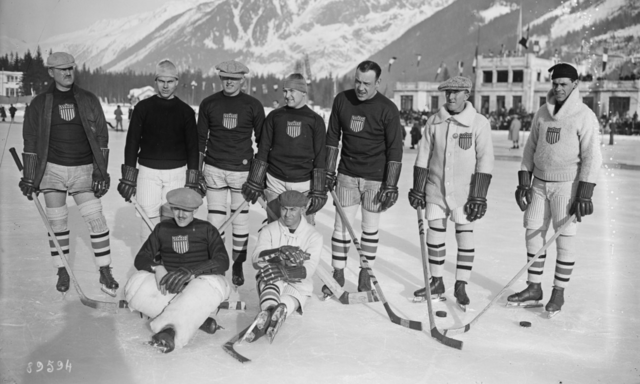 The United States outscored opponents, 73-6, losing only to Canada 6-1, on its way to the second silver medal in as many tries at the Olympic Winter Games.

See more at www.TaffyAbel.com
February 4, 2022 marks the Centennial Anniversary of Clarence "Taffy" Abel (1900 -1964) as the first Native American / Indigenous (Sault Chippewa Tribe) in the first ever Winter Olympics in France in 1924.
His hometown is Sault Ste Marie, Michigan USA.
Taffy was picked by fellow American Olympians to be the USA Flag Bearer in the 1924 Winter Olympics. As team captain, he then led the US Hockey Team in winning an Olympic Silver Medal in a furiously played game.