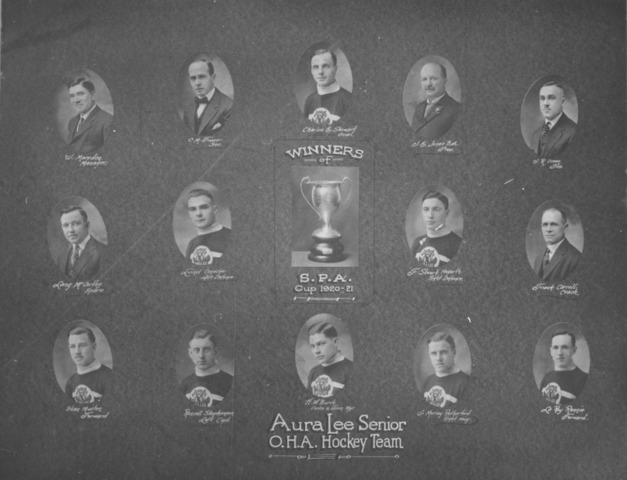 The Toronto Aura Lee Hockey Club operated a pair of junior ice Hockey and senior ice Hockey teams in the Ontario Hockey Association from 1916 to 1926. They played at Arena Gardens in Toronto.