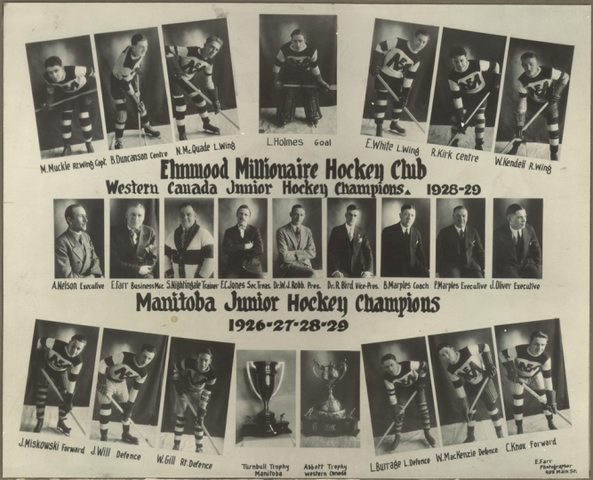 The 1929 Elmwood Millionaires won the Abbott Cup as western Canadian junior Hockey champions. They went on to lose the Memorial Cup to the Toronto Marlboros.